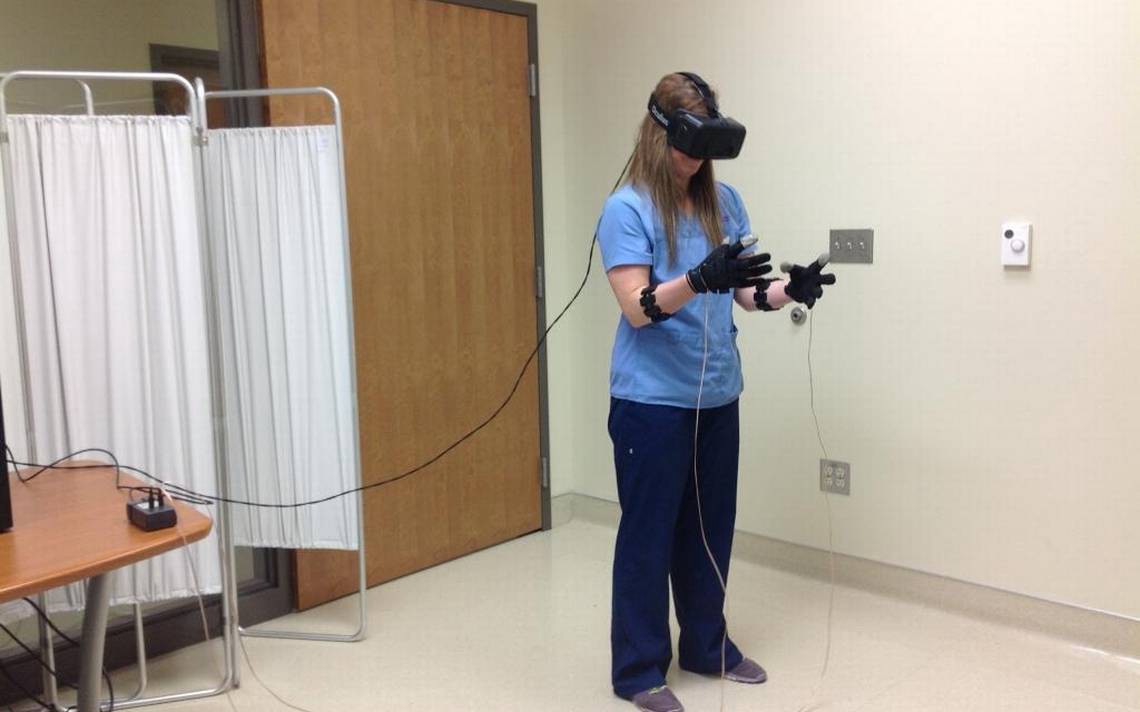 Virtual reality is proving to play an important role in the education of nursing staff both in the UK and overseas. It is used to create simulations of nursing scenarios where the trainee has to carry out a series of tasks, for example, checking a patient’s vital signs. But it is also used to train how to react in an emergency, e.g. cardiac arrest.

The advantages of this include:

This is seen as a new way of learning; a move towards social interaction, communication and collaboration rather than the conventional ‘chalk and talk’ model. This system allows trainee nurses to engage and practise skills in a safe environment and with continual back up and support.

Plus there is a realisation that today’s nurses have grown up with technology and are avid users of social networking and other similar tools. They spend a great deal of time online and are comfortable doing so. Technology plays an important part in their lives and will continue to do so.

All of this has led to the inclusion of virtual reality alongside clinical instruction and other traditional forms of teaching. The adoption of new forms of technology does not mean we should dispense with current methods of teaching as these have been invaluable over the years.

But technologies such as virtual reality can play an important role in teaching clinical skills to the next generation of nurses – and without causing harm to their patients. Plus it can instruct them in new types of procedures.